One for the Record: Vinyl Records Revisited 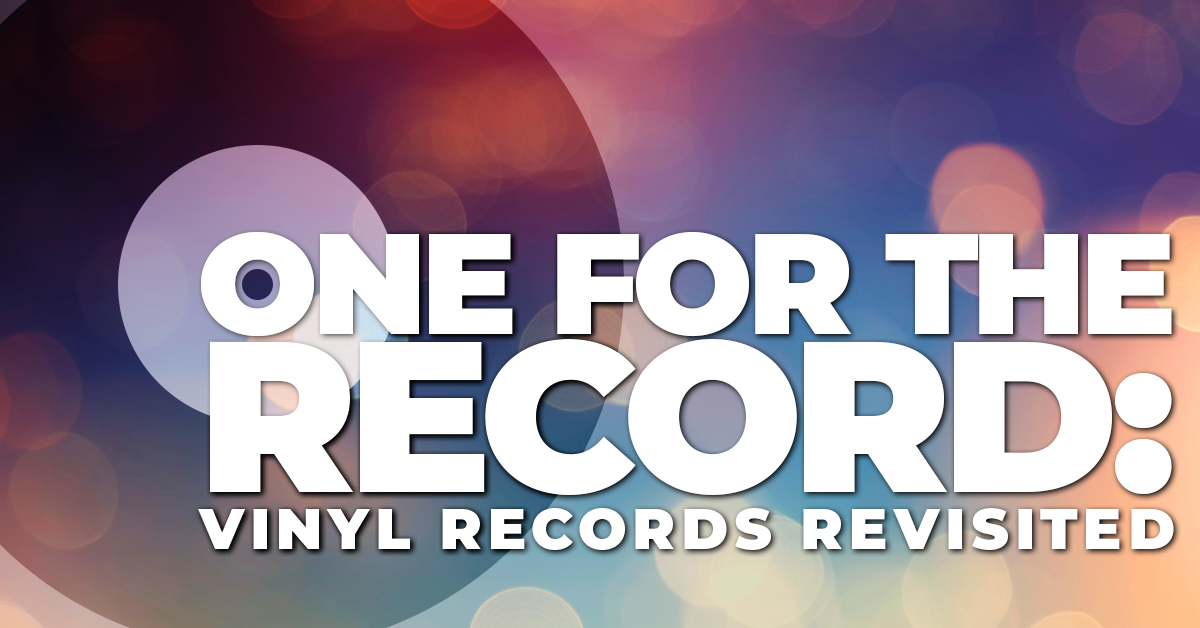 One for the Record: Vinyl Records Revisited

It’s hard to imagine, but until the phonograph was invented by Thomas Edison in 1877, the only way people could enjoy music was to experience it in person. His invention and succeeding improvements brought music to the world. Vinyl records, in particular, made a major impact for generations. Whether you lived through that period of vinyl records or are hearing about it for the first time, here are some highlights.

For over a quarter century recordings had no standard speed. It wasn’t until after 1900 companies produced recordings at a standard 78 rpm (revolutions per minute). Early recordings were made acoustically, using sound waves to make reproductions. It wasn’t until 1925 when electronic recordings made possible by microphones and amplification, that recordings took a giant leap forward. Another big step forward came in 1948 with the advent of the microgroove, long-play 33 1/3 rpm, 12” records introduced in 1948. A year later, 7” 45 rpm records made their appearance. The 12″ recordings become known as albums, or collections of music from an artists while 7″ recordings were known as singles. The 7″ single became a mainstay of early rock ‘n roll recordings and were used by DJ’s. Other improvements came to vinyl records including the addition of High Fidelity (Hi-Fi Recordings) and Stereophonic, records with left and right channels. There was even an attempt at “Quadrophonic”, 4-channel recordings.

Through the next 30 years, vinyl recordings were the standard in the industry. Large record companies like Capital, RCA, Columbia and others dominated the industry. Companies like Motown, Stax, Roulette and others followed. That was until magnetic tape recordings, which were much more portable, began replacing vinyl. It wasn’t long after digital recordings, in various forms, replaced magnetic tape. Today, the vast majority of music is enjoyed in some digital format.

Is it time to update your insurance coverage? You may even be paying more than you need to. Our insurance professionals can help. Contact us for a no-obligation quote on your auto, home, life or business insurance. It takes is a phone call to get started!

Things You May Not Realize You Can Do In Michigan

What Do You Do With Your Spare Time?

The Art of the Car: Famous Car Designers You Likely Never Heard of

Five Tiny Things You Can Do Daily to Make Life Better

The World of Small Cars

Six Surprising Things You May Not Know About Your Home Insurance